Pete Kilner is responsible for character development at West Point. Cadets are expected to have the highest level of character in all the US Army and be the model for the world. His post which I link to below inspired this post.

The Cadet honor code is:

A Cadet must not lie, cheat, steal, or tolerate those who do.

Any Cadet who fails even once is kicked out.

As such, West Point has premium thinking on character.

Before 1976, West Point assumed and demanded absolute character in Cadets. Then the cheating scandal showed that nearly 100 plus juniors were in some way involved in cheating and many got thrown out. 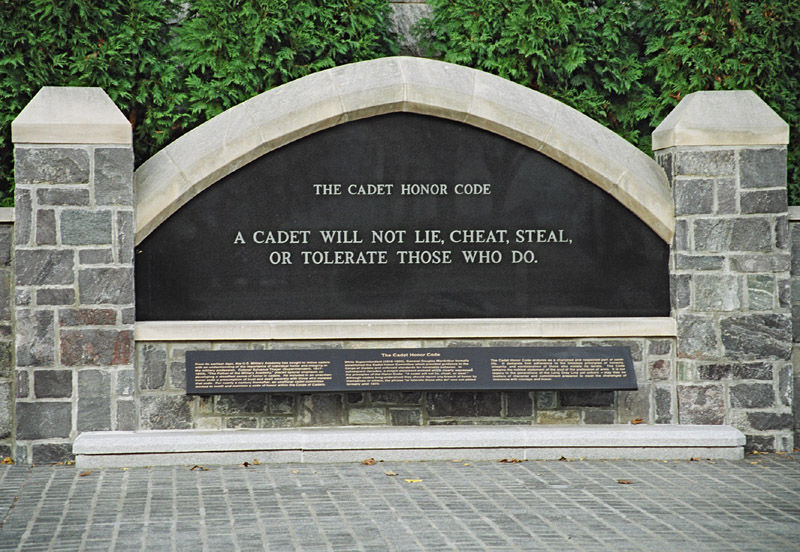 Before 1976, all grade point averages were listed publicly from best to worst for every class. Tests were often take home even though no sharing or book research of answers was allowed. By 1976, the character of the Americans had fallen and so the cadets failed in character.

Reforms took hold. By the time I arrived in 1983, we had honor classes to help us mature our character.Grades were not posted publicly.  So, tempting and challenging methods were eliminated. They avoided tempting and pressuring us to cross the line.

Character Development is Doubtful in Life. So Tough

By 2010, it was apparent that cheating or lying was common and many Cadets could not live up to the honor code, and no one would turn them in as they would be kicked out.

How much can you improve your push ups? and how fast?  Character improvement is harder and takes more time according to Pete. I agree.

Now, cadets in their first year can be put on probation for years for violating the code in some cases.  As they get farther along, the Academy gets stricter. The cheating in 2020 at West Point was remote just like many of your hires will be.

Even the academy is struggling with the downward path of character in the US. They are experts at recruiting Cadets at age 18 and then checking their character to see if they can make it and be commissioned at age 22.

SHI Group Solves This For Our Customers

You are hiring adults and want to move their character? It is more likely to get your people to get in shape for a 10K race than to get them to work on and actually improve their character. It is not realistic for companies to face this problem. SHI Group exists to solve this problem for companies. If we prove the work history of a candidate is clean, then you are in good shape.

This is no resume check. It is a rigorous recruiting method that works from the first contact to final past boss to put together the pieces to show the behavior and attitude for a manager over 10 years. This is highly predictive of their character and even of their overall success for you. You can train certain gaps in skills, but training character is deep work and takes years at best. Most people never change their character in a lifetime.

West Point is trying to find a way to ensure character. SHI Group is giving a way to US companies now to hire with a clear eye to existing character while also ensuring stated talent is real.  It brings great ROI to our customers to add these people with Trustworthy Talent®. See also more of our thinking.

SHI Group Recruitment - Our Accuhire process for your business success.

Learn how we do this →